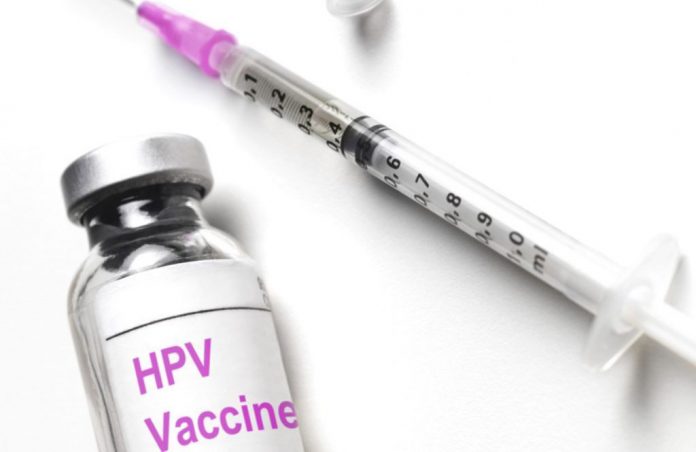 Around 100,000 cancer cases can be prevented in the UK in the next 40 years, with the provision of Human Papillomavirus (HPV) vaccines.

UK health officials said, the vaccine can prevent cervical, mouth, anus and genitals cancer. The vaccination program is extended to include boys and girls.

Public Health England (PHE) experts say the vaccination plan will prevent 64,000 cervical cancers and nearly 50,000 non-cervical cancers until 2058. The HPV vaccination program in the UK, began in girls since 2008. At that time, the person who was vaccinated was a teenager, but still had cancer related to HPV.

What is Human papillomavirus or HPV ?

Human papillomavirus or HPV is a virus that can cause infection on the surface of the skin, and cervical cancer as well.

Viral infections are characterized by the growth of warts on the skin in various areas of the body, such as the arms, legs, mouth, and genital area.

PHE said, in September this year boys aged 12 and 13 in the UK would be given injections, as part of a government health program. Because girls in the UK began to be given the HPV vaccine in 2008.

Several studies have shown transmission of several important types of viruses has dropped to 86 percent in girls aged 16 to 21 years in UK. A in Scotland also showed that the vaccine had reduced pre-cancerous cervical disease in women to as much as 71 percent.

Robin Weis, professor of viral oncology at University College London, said the extension of the HPV vaccines program is a mutually beneficial situation.

“The HPV vaccine has enjoyed 10 years of success in protecting girls from acquiring cervical cancer as women,” he said in an emailed comment. “It appears clear … that vaccinated boys will themselves benefit from not getting cancer of the penis, anus, and a diminished risk of head and neck cancer.”

Read:  Consume These Vitamins to Reduce Risk of Heart Disease

Recognize the Symptoms of GERD and Its Treatments

Crystal Tan - July 21, 2020
0
Do you often experience a sour mouth accompanied by pain in the chest to the throat? It could be that it is a symptom...

Beware! 12 Symptoms of Pneumonia in Children

Khoirul Amri - June 11, 2019
0
Based on data from the World Health Organization (WHO), pneumonia in children is the cause of 16 percent of deaths of children...

Khoirul Amri - May 19, 2019
0
Crying is an overflow of our emotional feelings, such as sadness, disappointment, failure and happy. Crying can also release stress for most...

Are There Wounds on Your Body? Beware of Flesh-Eating Disease!