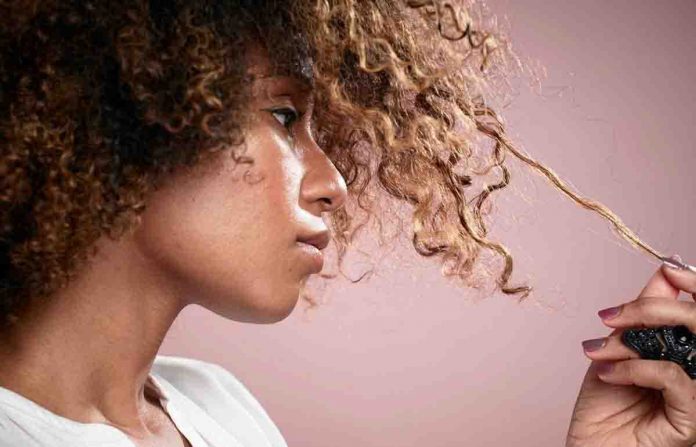 Trichotillomania is a mental disorder that involves an irresistible urge to pull hair. The most common areas for pulling hair are the scalp, eyelashes, and eyebrows but may involve any hair on the body.

In children, trichotillomania occurs in boys and girls. In adults, this is more common in women than men.

Signs and Symptoms of Trichotillomania

A person with trichotillomania cannot control or resist the urge to pull the hair on his/her body. Other symptoms that may occur with this disorder include:

Read:  5 Effective Ways to Protect Yourself from COVID-19

The exact cause of trichotillomania is unknown, but it seems to involve biological and behavioral factors. Research has found a potential connection between impulse control disorders, such as trichotillomania, and certain brain chemicals called neurotransmitters.

Neurotransmitters help nerve cells in the brain send messages to each other. This chemical imbalance can affect how the brain controls impulses. It is also believed that stress can trigger impulsive behavior, and that some people continue to behave out of habit.

In some cases, people with trichotillomania also have other disorders such as depression or anxiety. This suggests that there might be a relationship between certain diseases and the development of trichotillomania. In addition, the risk of developing trichotillomania is slightly higher in people who have relatives with the same disorder, indicating a tendency for the disorder to be inherited.

The main treatment for trichotillomania is a type of behavioral therapy called habit reversal training. With this approach, people with trichotillomania learn to identify when and where they have the urge to pull hair. This technique also teaches relaxation as a way to reduce some of the tension associated with the urge.

Some therapists also use cognitive therapy as a way to overcome any distorted thoughts that might add to the stress that triggers behavior.

In addition, medicines can be used as part of a treatment program. An antidepressant drug called selective serotonin reuptake inhibitors (SSRIs) may be useful in helping to curb very intense urges.

Can Cerebral Edema Kill You? Here are the Causes, Symptoms, Diagnosis, Treatment, & Prevention

Can Cerebral Edema Kill You? Here are the Causes, Symptoms, Diagnosis, Treatment, & Prevention

USA Health Articles - January 23, 2023
0
Cerebral Edema or Brain Swelling is an enlargement of the brain due to damage to brain tissue. This damage can be caused by head...

USA Health Articles - January 8, 2023
0
You may have heard of sudden death. This condition can be experienced by anyone, it does not always only occur in people who are...

USA Health Articles - November 12, 2022
0
What is Digoxin? Digoxin is a drug used to treat heart rhythm disturbances (arrhythmias), such as atrial fibrillation (AF). In addition, this drug can also...

USA Health Articles - November 5, 2022
0
What is RSV? RSV (respiratory syncytial virus) is a virus that can cause infections in the respiratory tract and lungs. This virus usually causes severe...

What is Benzene, the Cancer Trigger Found in Dry Shampoo Products?

USA Health Articles - October 2, 2020
0
United States President, Donald Trump has reportedly tested positive for the coronavirus. On Twitter, he revealed that he and his wife had the virus Tonight,...

Countries with Best Health Insurance Service During the COVID-19 Pandemic

Vaginal Discharge During Pregnancy: Is it Normal?

USA Health Articles - October 10, 2020
0
When entering pregnancy, there are indeed a lot of complaints that you will feel. Starting from changes in body shape, discomfort, itching, and many...